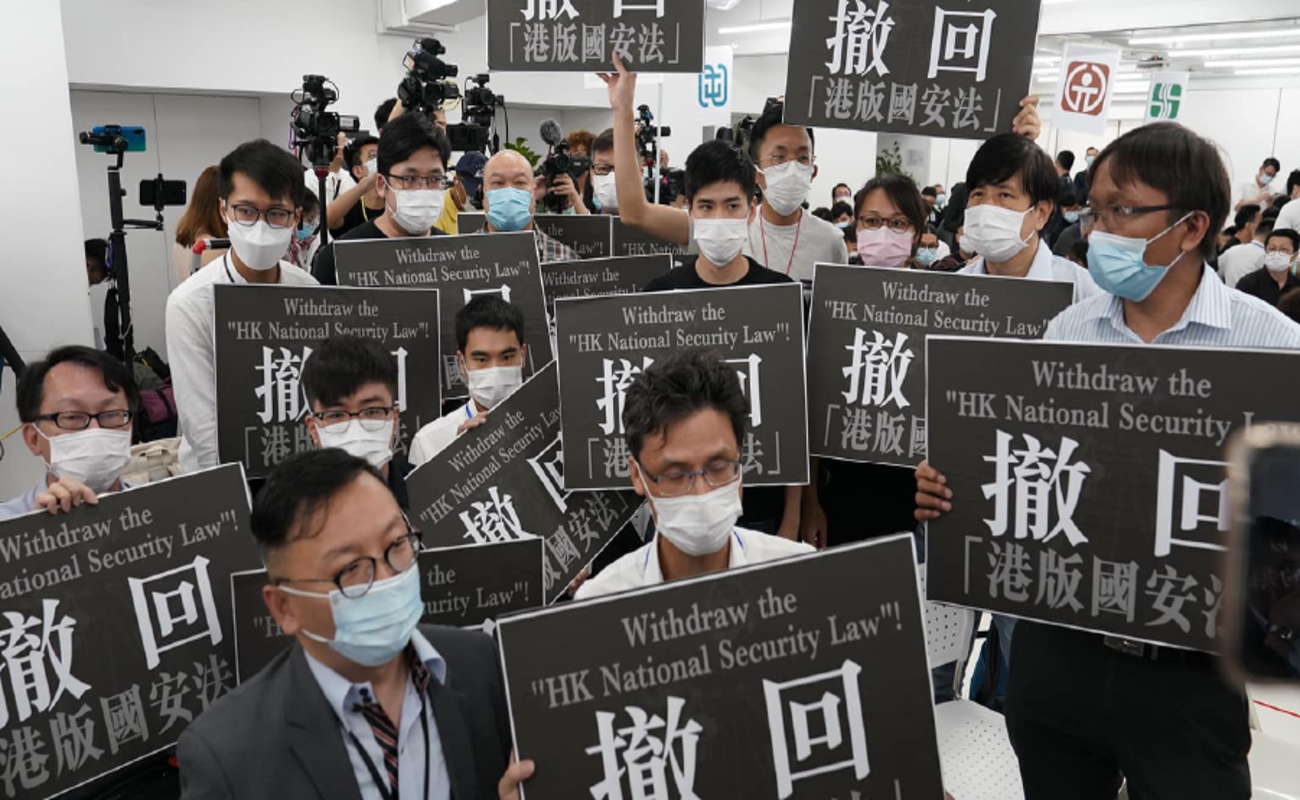 HONG KONG has been in a unique political position over the past few decades. After the British handed Hong Kong back to China on July 1, 1997, China passed down a “one country, two systems" agreement between Hong Kong and China, where Hong Kong would be integrated under Chinese rule but retain its sovereignty. However, over recent years, Beijing has taken steps to increase its influence and power in Hong Kong even though Beijing promised to give Hong Kong 50 years to thrive freely within their capitalist system.

Over the past decades, massive protests have arisen due to Beijing intervening with Hong Kong’s political system. Hong Kong’s government has passed national security laws that restrict individual choice and freedoms. For instance, Hong Kong proposed a law that prohibits treason, secession, sedition, and subversion in 2003. Additionally, the government tried to integrate Chinese national identity into Hong Kong’s school curriculum. This led to backlash in the education system because many saw it as Chinese propaganda.

However, Beijing’s proposal on universal suffrage in 2014 sparked one of the biggest protests in Hong Kong, known as the Umbrella Movement. The Umbrella Movement arose when Beijing introduced a new voting framework in 2014, where eligible voters in Hong Kong were only able to vote from a specific list approved by Beijing. This proposal ignited massive protests in Hong Kong, where protesters held umbrellas to shield themselves from pepper spray and tear gas that police used.

From the lasting presence of the Umbrella Movement, Hong Kong saw a second wave of protests in 2019 when Beijing endorsed a legislative proposal, which allowed extraditions in mainland China. An estimated one million people mobilized in the streets to demand the rejection of the new proposed bill.

Even with the massive protests that Hong Kongers are heavily involved in to fight for their sovereignty, Beijing appears to still have a powerful influence on the metropolitan area. In 2020, the National People’s Congress, China’s legislative body in Hong Kong, approved a national security legislation that prohibits any act that is intended to undermine China’s power, subvert state power, organize terrorist activities, and even utilize foreign or external intervention. Since residents of Hong Kong had their basic rights and practices revoked from this new legislation, Hong Kong has become threatened by Beijing’s influence in the area.

Hong Kong in September of 2021 hosted its first newly established electoral system, where fewer than 5,000 Hong Kong residents were eligible to vote for a 1,500-seat Election Committee. The goal of the election was to choose candidates for the Election Committee to appoint Hong Kong’s next China-approved leader. Earlier that year, Hong Kong decided to change its electoral system, which reduced its democratic representation in institutions to minimize the influence of any party opposing the Chinese government.

Over 6,000 security guards were on duty to ensure a smooth election, and there were expected to be only 4,900 votes. Furthermore, Hong Kong’s national security legislation passed in 2020 deterred many activists and other politicians in opposition to Beijing from speaking up and protesting. Many of them either fled Hong Kong or have been arrested by the government under national security concerns.

Hong Kong’s first female chief executive, Carrie Lam, voiced her support for the election. She further emphasized that people who were not considered patriots were not allowed to be elected since they may hurt Chinese leadership.

Beijing’s legislative and political efforts are slowly restricting more of Hong Kong’s political freedoms. Pro-democracy figures and anti-Chinese loyalists are silenced by the new National Security Law in place. Hong Kongers have lost their right to free expression, speech, and many other basic human rights, forcing them to submit to Beijing’s intrusion of power. Residents in Hong Kong are now seeing the changes to their political system with Beijing taking power over their institutions.

The Hong Kong market has always been a highly attractive area for global economic growth with relatively low taxes, loose business regulations, and a skilled labor force. Although Hong Kong may remain one of the largest financial hubs in the world, Beijing continues to perpetuate Chinese influence over Hong Kong by trying to diminish its free societal structure. Beijing’s main objective is to achieve a uniform modernization between mainland China and Hong Kong in order to profit off the benefits of Hong Kong’s economy. President Xi Jinping’s Greater Bay Area project has become one of China’s main goals that aims to physically, culturally, and economically connect Hong Kong, Macau, and mainland China with each other.

As Hong Kong is beginning to integrate with mainland China, China will see a large economic boost because of the economic advantages Hong Kong possesses. On the other hand, Hong Kong will see a shift in culture, more restrictions on their freedoms, a change in their global economic relations, and an even greater difference in their political institutions.

However, many other experts believe that Hong Kong’s efficient global financial systems may, in fact, not be jeopardized by China. In terms of the Greater Bay Area project, many see the connection between China and Hong Kong as an economic boost for Hong Kong because of the large amount of Chinese wealth flowing into Hong Kong.

Many other countries that have strong relations with Hong Kong are also affected by Beijing’s influence in political power. The U.S. has a strong and important relationship with Hong Kong. Hong Kong is the 13th largest U.S. trading partner, surpassing Australia and India in U.S. exports. The U.S. is also known to be one of the biggest partners in foreign direct investment with Hong Kong. Currently, many countries such as the U.S., Australia, Canada, New Zealand, and the U.K. decided to suspend their extradition treaties with Hong Kong in response to the National Security Law. The European Union also expressed their concerns about China taking over Hong Kong by limiting exports to China and lightening visa and asylum policies for Hong Kong residents. The U.S., along with other countries that have long-standing interests in Hong Kong, will likely be confronted with complicated obstacles due to Beijing’s increasing intrusions.