Bumpy Road Ahead: Chinese Regulators Wrestle With a Dilemma of their Own Making 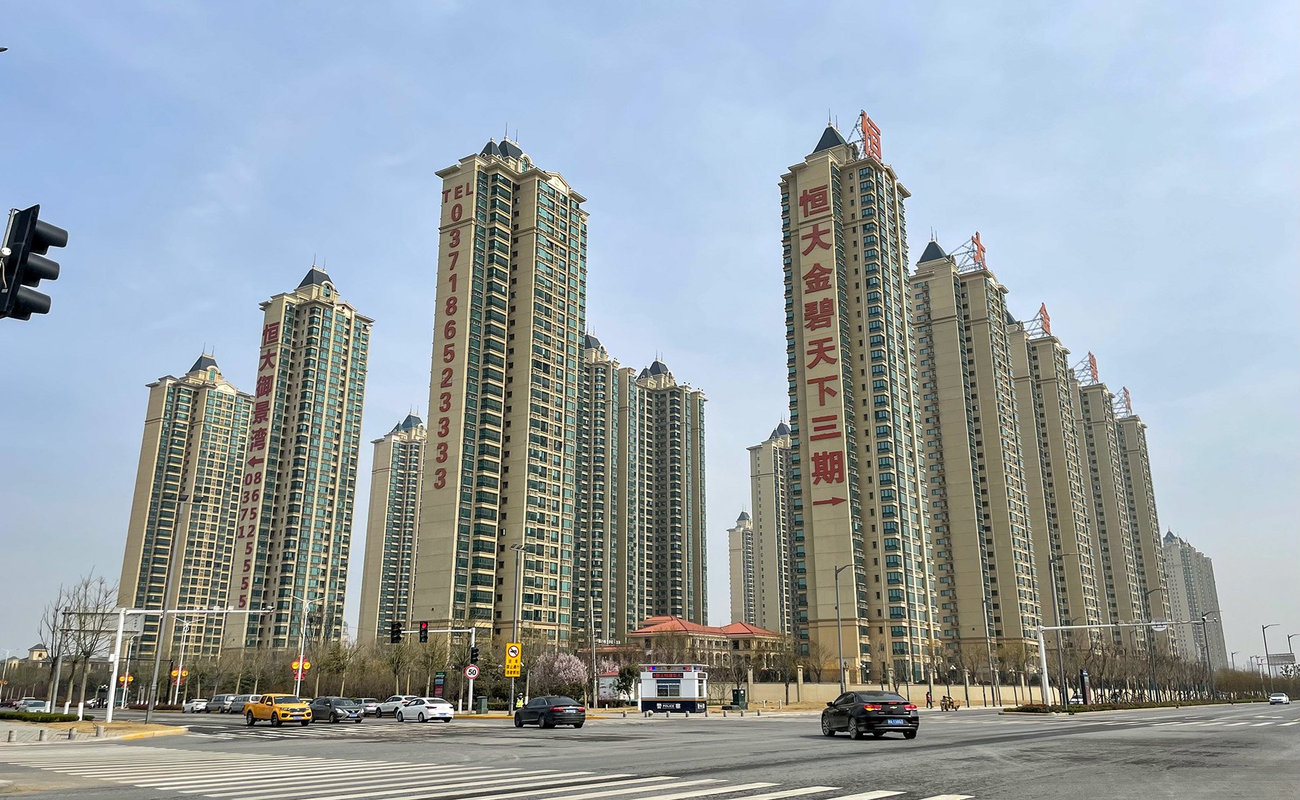 ON SEPTEMBER 23, Chinese real estate conglomerate Evergrande missed an interest payment on its dollar-denominated debt. The potential for default by Evergrande, the world’s most indebted property developer, has brought structural woes in China’s real estate sector to the forefront of discussions on Chinese growth.

This test of Chinese authorities’ commitment to “marketized deleveraging” -- a process of market forces, and not government planners, managing an indebted firm’s dismantling -- will provide insight into how China plans to deal with high levels of debt across the real estate sector. Analysts expect Chinese citizens who pre-paid Evergrande for yet unbuilt homes--as many as 1.4 million--to receive government assistance. Investors, particularly from overseas, are unlikely to enjoy the same support.

The broader significance of these decisions may lie in the not-too-distant future. Chinese regulators, by limiting firms' ability to take on new debt, directly precipitated the financial squeeze consuming Evergrande. Chinese real estate development, which accounts for roughly one quarter of Chinese GDP, is likely to experience similar pressure in the near future.

In order to understand how Evergrande found itself on the brink of bankruptcy, it is important to explore how public and private sector forces fueled the growth of Chinese real estate development. This will help to answer a larger question: where is China’s version of capitalism headed?

What happens when an industry, long supported by the Chinese government, becomes the victim of a regulatory clampdown? Evergrande captures the rise and ongoing fall. Founded in 1996 by Xu Jiayin, an ironworker who went on to hold the title of China’s richest man, Evergrande took part in the decades-long boom in Chinese real estate. As with other property developers, their business model came to rely heavily on debt, often sourced from local governments and state-owned banks. Unlike other property developers, however, its business has long been recognized as teetering on insolvency.  A 2012 report by Andrew Left, a short-seller and founder of Citron Research, made the case that Evergrande was not only insolvent but defrauding investors as well. Unsellable properties would be kept on their books to maintain the appearance of solvency, while future projects, planned with little regard for demand, were financed by the sale of past property developments.

Evergrande’s long-simmering problem of reliance on borrowing for growth became an immediate challenge when, in August of 2020, Chinese regulators announced new rules limiting firms’ debt accumulation. Shortly thereafter Evergrande’s bond prices--an indicator of investors’ confidence in the firm--began to drop, making the issuance of new debt more expensive. Homeowners, no longer sure that the company would exist in a few years, stopped pre-purchasing homes. Evergrande’s subsequent cash-crunch culminated in its missing an interest payment to bond-holders earlier this year.

The high level of confidence placed in Evergrande’s repayment ability prior to the CCP’s debt crackdown--despite the many red flags--was borne from an understanding that Evergrande’s business was implicitly backed by the Chinese government. In fact, the relationship between the real estate sector and government planners is critical to understanding the broader significance of Evergrande’s troubles.

Chinese regulators are addressing tension between two ubiquitous, complementary features of China's economic liberalization: growth and debt. The real estate embodies this interaction: Chinese real estate is worth $52 trillion (double the value of US real estate), and property developers have increasingly relied on borrowing--from state-owned banks, foreign investors, homeowners, and, in the case of Evergrande, their own employees--to substitute for real demand.

Accumulation of debt in China, much like their version of socialism, comes with special characteristics. Loans originated between private actors-- such as a loan from a bank to a property developer--occur because the bank believes that the developer is likely to make a profit and repay the loan. In China, the state’s tight control of the financial system raises systemic questions about the rationale behind the allocation of credit. State-led lending often aims to satisfy social goals, not market demand. Following the liberalization of residential real estate markets in 1998--which, for the first time, allowed the majority of Chinese citizens to purchase homes--the Chinese government ensured an abundant supply of credit was available to property developers to facilitate China’s rapid urbanization. Additional incentives to build came via local governments, which used land sales to generate revenue and boost growth.

The alignment of government-induced incentives with market forces shaped Chinese real estate into a formidable sector: overall growth in the Chinese economy came to rely on property development. Homeownership rates in China climbed to 90% (neither the European Union nor the US has rates above 70%), and rising property values created a growing pool of wealth within reach for many. Chinese real estate is now commonly referred to as “the most important asset class in the world,” both due to its sheer size (it accounts for 25% of Chinese GDP), but also its centrality to Chinese growth: the stimulus package enacted in China in response to the 2007-2009 financial crisis funneled credit to property developers as a means to stimulate the economy.

Chinese authorities are now turning their attention to the large sums of debt that accumulated during this growth. While households, firms, local governments, and state-owned banks have all amassed debt to support the ongoing real estate boom, regulatory measures have largely focused on one type of firm: property developers. Following looser measures aimed at limiting how much firms could borrow, a firmer “three red lines” rule was enacted in 2020. These restrictions on increasing borrowing pose fundamental problems for a real estate sector that had come to rely on raising debt for continued growth.

The implications of slowed growth would be extensive: Chinese citizens rely on their home values as a primary store of wealth while local governments rely on land sales to generate revenue. The knock-on effects of a slow-down in the real estate sector would be damaging to a Chinese government that has come to expect continued growth from its economy.

How the Chinese government responds to this challenge, the causes of which--both distal and proximate--it can claim responsibility for, has significant implications for China’s future.

An alternative route may be to rescue the CCP’s nominal source of legitimacy: its citizens. Constructing homes for those who prepaid for them and paying yet-unpaid contractors may fit in well with Xi Jinping’s stated desire for “common prosperity”. Chinese regulators ought to proceed with caution: if property developers are left to collapse, the chief concern in Beijing may shift from ensuring an even distribution of wealth to ensuring there is wealth left to distribute.