Haitian Migrants' Struggle: Another Crisis at the U.S. Border 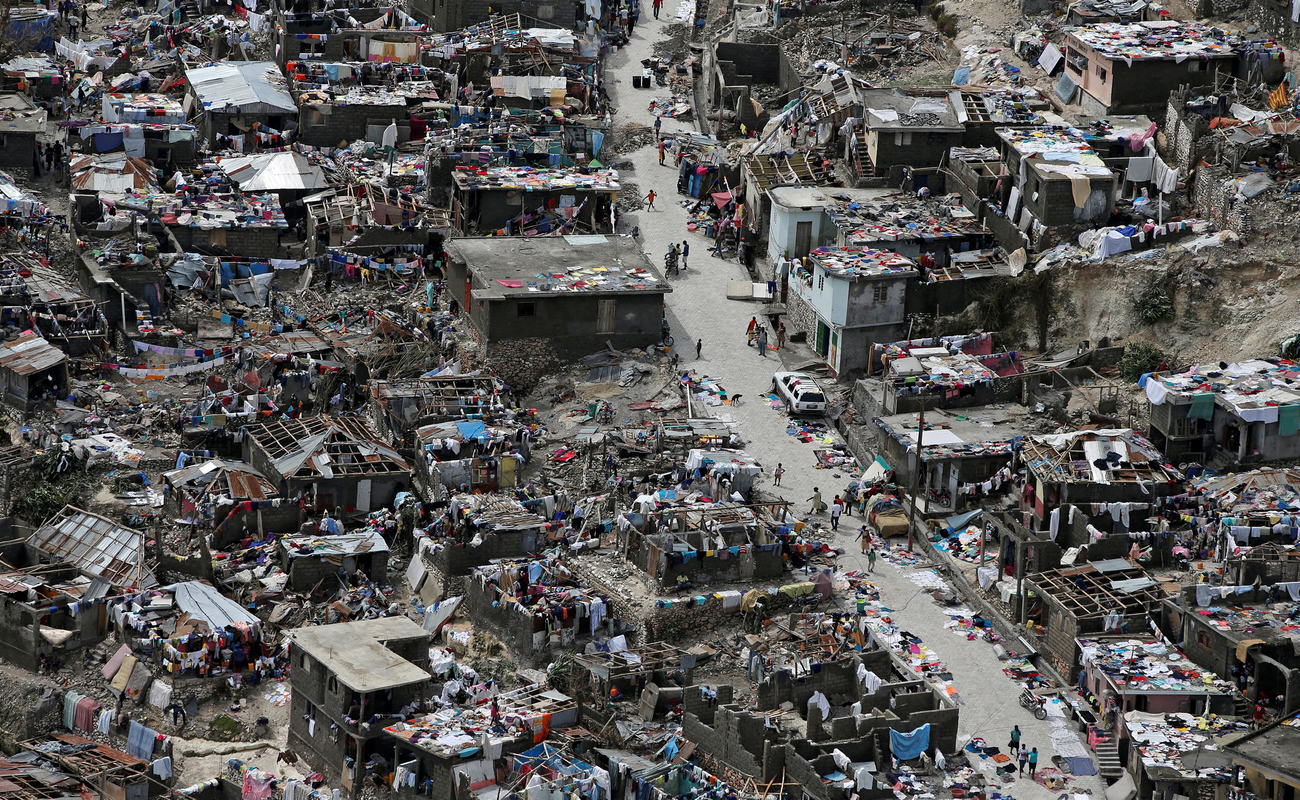 THE INFLUX of Haitian migrants at the border town of Del Rio, Texas left border officials overwhelmed and unprepared. It was estimated that nearly 14,000 Haitian migrants in total sought refuge at the Del Rio border after September 9, 2021. Images of tents spanning under the Del Rio bridge circulated through social media in the upcoming days, pointing to the desperation of the migrants at the border. Those seeking asylum pointed to their need for humanitarian assistance, their desperation to flee violence, and their search for work and employment. Many stated they had nothing to go back to, and were at the border to plead for entry into America. Many hoped for a new life in America, as they heard through networks of migrants that the border town was open for those seeking asylum.

The surge of migrants at the border was largely due to news spread by word of mouth that the port at the Del Rio Border town was open. Many of the Haitians who flocked the Del Rio border had already fled their home country of Haiti and had been working throughout South America. An overwhelming number of Haitians came directly from Chile and Brazil, where they had been searching for employment in two of South America’s wealthiest countries. Upon deciding that their chances at the Del Rio Border were brighter than those in South America, they headed north toward America.

With the surge at Del Rio reaching up to 14,000 migrants, border officials, overwhelmed by the masses, resorted to using their horses and reigns to chase off Haitian immigrants. Images of border officials chasing asylum-seekers on horseback with reigns being used as weapons circulated the internet, leaving many Americans appalled. United States President Joe Biden condemned border agent actions, but he continues to defend his decision to uphold Title 42, a Trump-era public health order allowing for the immediate expulsion of migrants at the border without allowing them to stand trial for entry into the United States.

Under Title 42, the United States Department of Homeland Security has been putting Haitians on expulsion flights since Sunday, with 2,000 migrants leaving on 17 flights to Haiti. Alongside these deportations, 8,000 Haitian migrants have returned to Mexico voluntarily. As of now, the border town of Del Rio has been cleared of Haitian migrants.

What is the current situation in Haiti, and why does this make it different than others?

Haiti, currently in a state of disaster, is suffering instability and widespread poverty due to multiple crises. The assassination of President Jovenel Moise on July 7 sent the country spiraling into political uncertainty, with regional politics often leaving large pockets of the population questioning their safety. In addition, on August 14, 2021, a magnitude 7.2 earthquake hit the country, leaving more than 2,200 people dead. Already considered the poorest country in the Western Hemisphere prior to the natural disaster, the August earthquake left 800,000 in need of humanitarian assistance initially. A month later, 650,000 Haitians were still in need, and according to the United Nations, more than half of the people in the most severely hit area of the earthquake still have not received humanitarian aid.

The converging crises have left Haiti in a state of political unrest, with chaos ensuing in the streets. Kidnapping is rising for the first time since the assassination of the president. In addition to political upheaval, economic instability has been driven not only by natural disasters, but by gaps in the global supply chain that have left the country desperate for humanitarian aid. Most notably, the country is facing a severe shortage in shoes, leaving many disqualified from participating in jobs and school.

How has Biden reacted to the situation, and where is it headed?

In January 2021, before the assassination of President Jovenel Moise and the earthquake, Biden announced that he was sending an additional $75.5 million in aid to Haiti. However, this aid has not addressed root issues in the country, and Haitians are still abandoning the country in hopes of new lives. Biden, in wake of the surge of migrants at the Del Rio border in recent weeks, has upheld Title 42, arguing that the public health crisis, not simple migration, backs his reasoning for the immediate expulsion of migrants at the border. He continues to cite fears of the spread of Coronavirus as reasoning for his continued support of Title 42. In recent days, border agents were seen riding horses and using their reigns to chase of Haitian migrants at the border. Biden condemned these actions, saying that the matter was “outrageous.” The matter is currently under investigation.

The political turmoil in the nation of Haiti continues to unfold as little has been done to provide assistance. The Haitians expelled from the Del Rio border town are returning to the same impoverished situations they left. In order to address the root issues, continued aid and economic support must be provided. Haitians have been given. As gang violence and kidnappings continue to rise in the country, the government has done little to intervene. The Haiti Prime Minister has condemned the uptick in this violence, however, little can be done without addressing the underlying conditions of poverty.

Haitian migrants continue to face crises, with no relief present in the foreseeable future.