Pushing Boundaries: Crisis at the Border Between Belarus and Poland 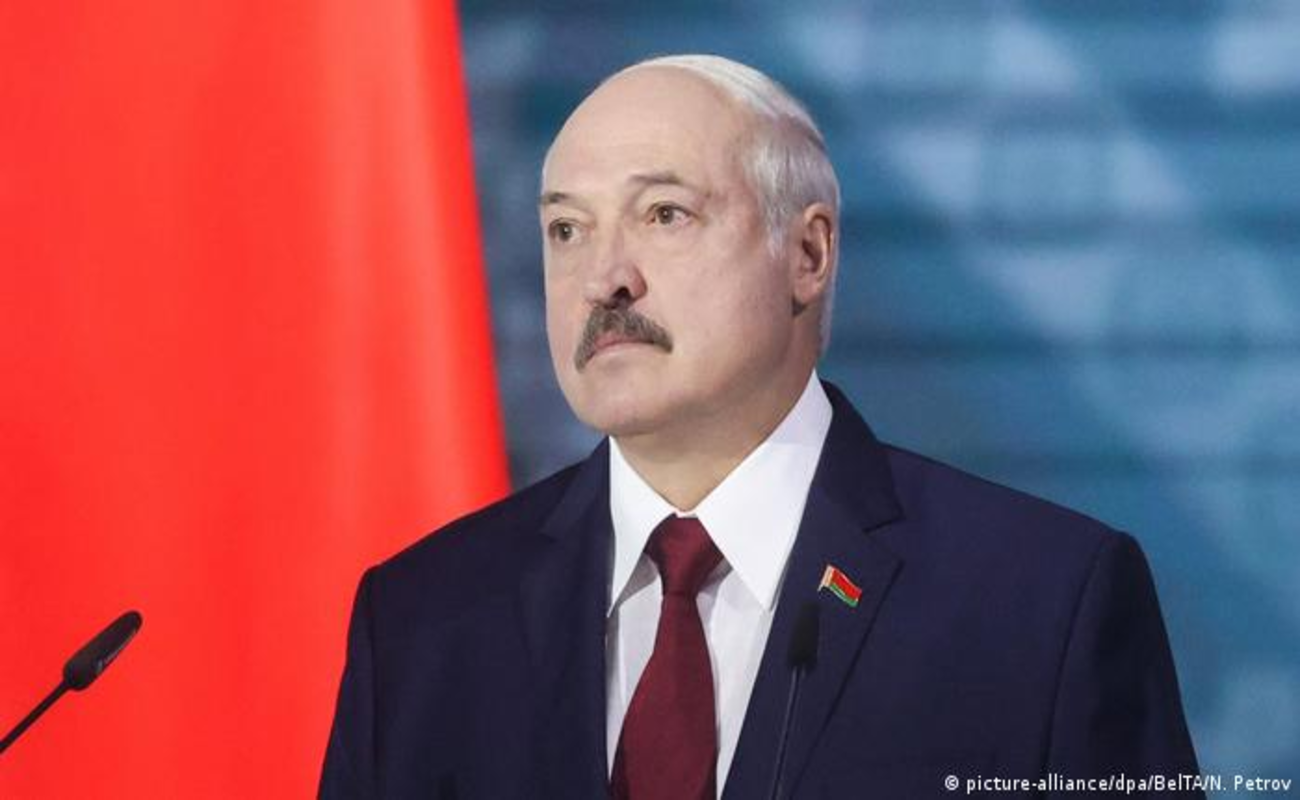 IN RECENT MONTHS, tensions have been rising between Belarus and the European Union (EU) as Belarus continues sending migrants to the borders of Poland and neighboring countries Latvia and Lithuania. Since November 8, more refugees and migrants from the Middle East, Asia, and Africa have been storming the Belarus-Poland border, hoping to cross over to Poland. While this may be Belarus’s strategy in combating anti-immigration laws in Poland, some may consider this as waging hybrid warfare against Poland and Belarus’ neighboring countries, combining both military and nonmilitary tactics to achieve an objective.

What is Happening on the Border of Poland and Belarus?

On November 8, the Polish government called a crisis meeting and deployed around 12,000 troops to the border as thousands of migrants and refugees tried to cross Poland’s border from Belarus. Poland accused Belarus of being responsible for pushing migrants to cross the border, claiming that it was a “hostile activity.” Video footage from Belarusian media outlets reveals Belarusian bodyguards guiding migrants along the border town of Bruzgi and toward Poland’s region of Podlaskie. Other videos also reveal migrants cutting down the barbed wire fence along the border as they chant “Germany” to express their desire to migrate to Germany. Gunshots were heard in one video that was posted on social media, but it is not clear if individuals were harmed. Belarus claimed that the gunshot came from the Polish side.

Currently, there are an estimated 3,000 to 4,000 migrants and refugees, most of whom are from the Middle East and Afghanistan, camping on the border after being denied entry from Poland. Human rights organizations have expressed concern over the wellbeing of the migrants as violence, deaths, and harsh winter conditions advance. Seven people are reported to have died of hypothermia as migrants are becoming stranded along Poland’s border of forests and as temperatures begin to fall below freezing. All three EU nations (Poland, Latvia, and Lithuania) that are impacted by this crisis have blocked journalists, activists, and non-governmental organizations from entering as police patrol along the borders.

The escalation of the situation motivated the United Nations Security Council to meet on November 11 to discuss the issue. Western nations such as Estonia, France, Ireland, Norway, the United Kingdom, and the U.S. condemned the actions of Belarus to be behind the humanitarian crisis at the Polish border. These nations expressed how Belarus and President Aleksandr G. Lukashenko orchestrated this crisis by weaponizing humans and putting human lives at stake for Belarus’ political interests. Western nations further argued how Belarus wanted to destabilize the borders of neighboring countries and the EU and divert attention away from the increasing prevalence of Belarus’s own human right violations. Although many Western countries expressed their concerns and opinions on the crisis, no punitive action was taken by the Security Council as Russia, one of Belarus’ closest allies, used its veto power to prevent such steps from happening. However, Russia denied any assistance or coordination with Belarus in bringing migrants to the border. Although the Security Council is acting upon the situation, the EU has decided to tighten its sanctions on Belarus in order to target Lukashenko. Additionally, President Biden is expanding economic sanctions on Belarus, authorizing the U.S. to target 17 companies that are working with Belarus in a variety of business sectors such as security, energy, transportation, and many others. In relation to the U.S., on November 15, the EU agreed to expand sanctions on Belarus as the migration crisis continues on Poland’s borders.

On November 18, Belarusian authorities decided to clear migrant camps along the border. The clearing along the border uplifted the harsh challenges that migrants were facing as they camped in severe weather conditions. Chancellor Angela Merkel of Germany took initiative in communicating with Lukashenko to resolve the crisis but has given no indication of lending aid by providing shelter for migrants in Germany. Lukashenko proposed a plan to Merkel where the EU would take in 2,000 migrants and Belarus would take in 5,000. However, the Interior Minister of Germany, Horst Seehofer, and many other EU countries rejected the proposal. Lukashenko also did admit that it was “absolutely possible” that Belarusian troops helped migrants cross the border.

What Ignited This Crisis?

The crisis began when massive protests ignited in Belarus after the results of the August 2020 elections that gave President Lukashenko a sixth term in office, as crowds demanded Lukashenko’s resignation, the release of political prisoners, and an end to police brutality. As an authoritarian political leader that has been in power since 1994, millions of Belarusians believed that the elections were rigged when Lukashenko claimed a victory for a sixth term. Lukashenko’s main political rival, Svetlana Tiikhanovskaya, fled to Lithuania after the results of the election, as police began to react to demonstrations with violence by arresting and beating protestors, arresting over 35,000 people. The EU and the U.S. then reacted by imposing sanctions on Lukashenko’s presidency, and the sanctions were further reinforced after Belarusian officials diverted a jet flying from Greece to Lithuania to Minsk in order to arrest journalist Raman Pratasevich.

President Lukashenko responded against the sanctions by stating that Belarus will no longer resist undocumented migrants and refugees coming in and reaching the EU borders, claiming that the EU sanctions are restricting governmental funds to maintain preventing migrants and refugees from coming into the country. Migrants thus began to move toward the borders of Poland, Latvia, and Lithuania. However, opposition figures of Lukashenko’s presidency claimed that state-controlled tourist agencies were offering visa support to migrants and pushing for them to cross Poland’s border. After migrants flooded Poland’s borders, the EU accused Lukashenko of using migrants as weapons in a “hybrid attack” in order to retaliate against the sanction, but Lukashenko argued that that the EU is violating human rights by denying migrants a safe passage across the EU borders.

Why Does This Matter?

Lukashenko has been utilizing Poland’s unstable relationship with the EU to drive the current issue at the Belarus-Poland border. This crisis ties in with the recent trouble on EU’s democracy issues with Poland and Eastern Bloc, as the country began to preserve anti-immigration tactics. Xenophobic tendencies are currently being perpetrated by leader Jarosław Kaczyński, who is part of the Law and Justice Party. Kaczyński made xenophobic comments towards Syrian refugees by describing them as diseased during the COVID-19 pandemic. Under Kaczyński’s right-wing and nationalist party, Poland has been moving further away from conventional EU policies, which has caused much tension around the relationship. The unstable partnership was further inflamed when the EU fined 1 million euros per day against Poland back in October because the country violated EU rules as they continued a disciplinary process in the court system. Therefore, the misalignment between Poland and the EU's relationship is causing Poland to be in a more vulnerable state in which they heavily need to rely on EU sanctions and possibly assistance from NATO to handle the border.

Where is it Headed?

Belarus’ main ally, Russia, is providing verbal support by claiming that the migrant crisis currently at Poland’s border is from the result of wars led by the U.S. in Iraq and Afghanistan and uprising from the Arab Spring in the Middle East and North Africa. Russian Foreign Minister Sergey Lavrov emphasized that the EU should not retaliate but rather financially support Belarus to deal with the current issue.

Since Lukashenko allegedly used migrants for such a “hybrid attack,” the EU is determining whether or not they should impose more sanctions against Belarus, especially the capital, Minsk. Furthermore, Belarus currently accommodates around 5,000 to 20,000 migrants and refugees from the Middle East, Asia, and Africa. Migrants and refugees faced many difficulties since they ran out of money and dealt with harsh weather conditions in the area. Moreover, since migrants camped out on the Belarus-Poland border, residents from both Belarus and Poland may exacerbate xenophobic tendencies as they began to feel uncomfortable with their presence, thus creating more pressure for authorities and political officials to act.

On the other hand, the strategy used by Belarus to push migrants to the border can lead the European Court of Human Rights (ECtHR) to engage in the situation as more migrants crowded the border. Because of the prevalence of recent xenophobic actions from Poland and migrants currently suffering from the weather and limited food, water, and shelter, the country is already deeply undersuit of violating human rights. If legal action is taken against Poland and even Latvia and Lithuania due to the lack of acknowledgment and assistance of migrants at the border, this situation will be advantageous to Lukashenko’s ruling.
As migrants begin to retreat from the border, many of them are still not willing to travel back home as long as Belarusian and other EU officials decide to not deport them. Although migrants are leaving the border, tensions are still prevalent between Belarus and EU countries, as countries like France still desire to maintain pressure on the country. Therefore, if Lukashenko does not work with EU countries to resolve the current migrant crisis that was caused by Belarus, this will then potentially create more serious political and economic problems and punitive measures against the country.