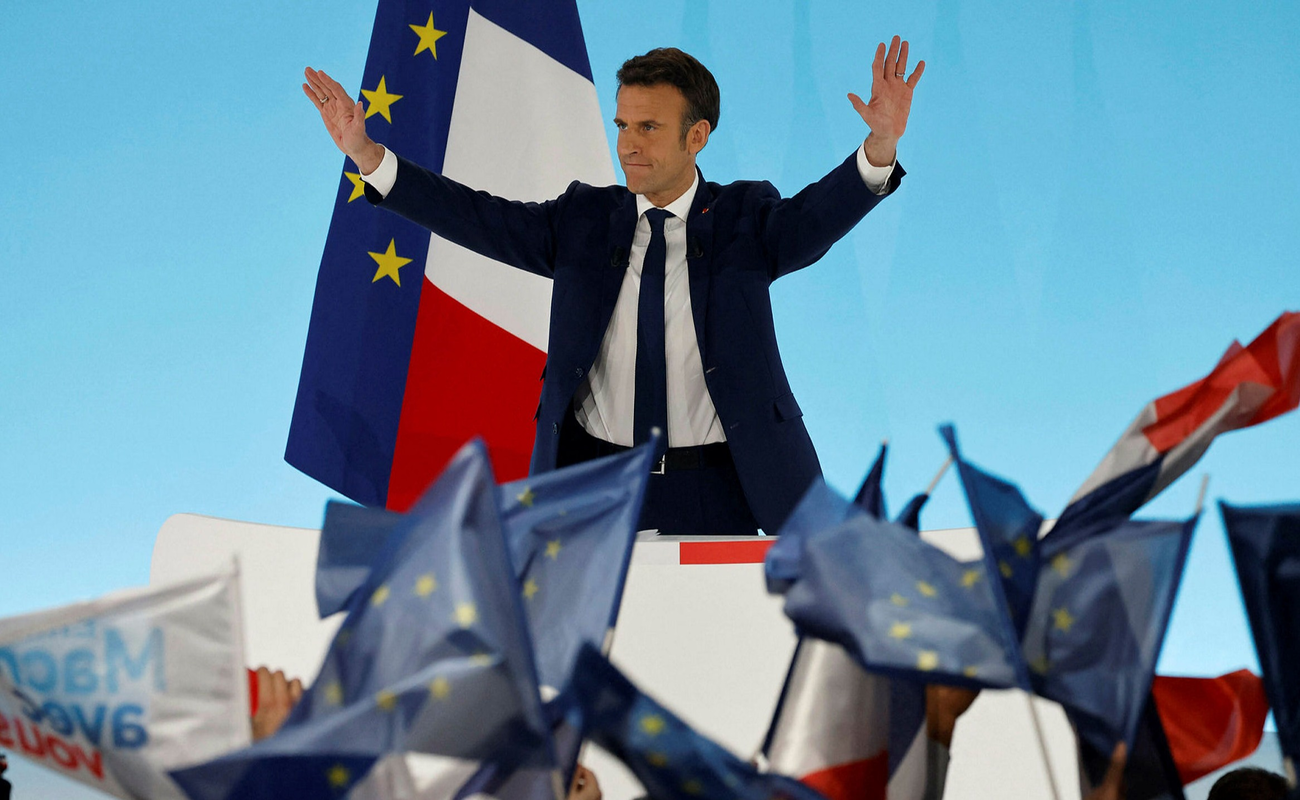 ON April 10 and April 24, 2022, French voters will cast their votes for the next President of France. Emmanuel Macron will vie to be the first French president reelected since Jacques Chiraq won a second term twenty years ago.

Macron’s most meaningful competition will come from the right. Marine Le Pen, leader of the National Front and Macron’s opponent in the 2017 runoff elections, and Eric Zemmour, a TV host turned politician, will compete for an increasingly large number of far-right voters. Valérie Pécresse, a recently nominated candidate for Les Républicains, will contest for center-right votes. To Macron’s left, Yannick Jadot and Anne Hidalgo, of the Greens and Socialists, have so far failed to expand their appeal outside France’s most liberal constituencies.

Candidates for the U.S. presidency begin campaigning nearly two years before ballots are cast. In France, the election cycle is far shorter. Five months out from the April elections, the list of potential candidates is just beginning to solidify. Macron will have an increasingly familiar task: bring together an ideologically-diverse coalition to oppose far-right populists.

Presidential elections in France offer a unique chance to gauge public opinion in one of Europe’s most important countries. The French president--by nature of the Fifth Republic’s design--is more powerful than other European heads of state, and their election precedes parliamentary elections by one month. This means the first round of voting, set to take place on April 10, offers observers a glimpse into potential post-pandemic shifts in Europe’s ideological makeup.

Three months from election day, France appears to have lurched rightward. The primary challenge to Emmanual Macron’s reelection comes from the right; Marine Le Pen and Éric Zemmour, a political newcomer, are poised to outperform the far-right’s 2017 performance. Polls currently place Macron at 24%, Le Pen at 17%, and Zemmour at 13%. Valérie Pécresse, a center-right option, is polling at 16%. The top two vote-getters in the first round of elections–barring one candidate receiving a majority of the vote–will move onto the runoff election two weeks later.

Marine Le Pen and Éric Zemmour have enjoyed success with a familiar slate of right-wing talking points that appeal to a vision of France based in ethnic identity. Le Pen portrays Muslims as inherently foreign, reviving an anxiety about “outsiders” that has characterized France’s right-wing politics since the days of the Dreyfus Affair. Zemmour has made a career jousting with the French intelligentsia on TV over such matters. He is regularly condemned for outlandish comments, and has written multiple books championing the “great replacement theory”–a thesis that accuses European elites of facilitating immigration from the Middle East and Africa to replace native, European populations.

France’s far-right has steadily grown in popularity. In the five months prior to the 2017 presidential election, Le Pen received between 20% and 25% of the vote in first-round preference polls. The lack of competition for far-right votes, and splitting of more moderate votes between Macron and Les Républicains nominee, François Fillon, boosted Le Pen into a runoff with Macron. In 2002, the last time prior to 2017 that a far-right candidate competed in this second round of voting, Jean-Marie Le Pen, Marine’s father, received just shy of 18% of the vote. In 2017, Marine Le Pen mustered nearly 40%.

Marine Le Pen’s success in 2017 appears to have further broadened the appeal of far-right politics. Polls of first-round vote preferences show a combined 30% of votes going to far-right candidates, up from 25% in 2017. More tellingly, polls of second-round preferences indicate that, should Le Pen make it that far, she has enough support to contest Macron for the presidency.

The importance of the far-right’s political success is two-fold: it represents the broadened appeal of its message and it forces Macron to govern from an increasingly defensive position.

For several decades, the far-right in France was dominated by the Le Pen family and their party, the National Rally. When Marine Le Pen took over from her father in 2011, she did her best to remake the party’s image. She renamed the party the National Front and condemned her father’s anti-semitism, culminating in his banishment from the party in 2015. Despite her best efforts, the Le Pen name still evokes the memory of Vichy-era nativism and is seen as a permanent cap on the far-right’s potential.

Enter Éric Zemmour, a 63-year-old polemicist well known on French television for right-wing politics. While hailing from the same ideological camp as Le Pen, the comparisons do not extend much further. His well-respected TV-show, prolific authorship, and upbringing in a modest Parisian suburb as the parents of Jewish Algerian political refugees all distinguish him from Le Pen’s indelible association with French nativism of old. The acceptance by French intelligentsia of Zemmour as a legitimate presenter of right-wing ideology demonstrates an implicit degree of acceptance of many far-right positions. Le Pen is likely to outperform Zemmour in April, yet his ascension portends success for those capable of skillfully presenting far-right ideas.

The shock of Le Pen’s accession to the second round of voting in 2017 provided Macron with an ideologically-diverse group of voters ready to support whomever opposed her. Stylistically, Macron countered Le Pen’s fierce partisanship by positioning himself as “neither of the right nor the left”. Substantively, Macron rejected Le Pen’s anti-euro rhetoric and, in the early years of his presidency, spoke of grand ambitions to reform Europe's continent-wide institutions.

The far-right’s increased popularity is forcing Macron to shift tacts. As part of a broader rightward pivot domestically, Macron has sponsored legislation that restricts homeschooling–viewed as an incubator of extremism–and requires organizations that receive government funding to pledge allegiance to “Republican principles.'' The latter recalls historical debates concerning the identity of France; while Macron disputes the far-right’s ethnic requirements for acceptance, he re-asserts the need for value-based requirements. Increased anxiety about changes in French society are evident.

The compulsive europhobia of the far-right has hampered Macron’s continent-wide ambitions. Macron has gradually pulled back from a vision of a unified Europe challenging the U.S.-China dual-hegemony. His renewed focus on domestic matters makes Euro-wide efforts at containing China’s influence on the continent, or coordinating energy policy, less likely. With Angela Merkel’s tenure as the de facto leader of Europe over, the French president will be remiss to step back.

Where it is Headed

In the lengthy run-up to U.S. presidential elections, there is a familiar symmetry to the dance French candidates perform. First, primary elections, held by both major parties to nominate a candidate for the general election, pull presidential hopefuls away from the center and toward the more partisan constituencies that turn out to vote. Once they are nominated, candidates are free to drift back to the center, where they battle each other for swing voters in the middle of the political spectrum.

France does not have two major parties to ensure the general election will be a contest for moderate voters. Instead, the multiplicity of political parties means the coveted “swing voter” may land elsewhere on the political spectrum. With the candidates for France’s 2022 presidential election set, it increasingly appears as though these voters will fall to Macron’s right. This will force the incumbent president to address the slew of issues that Le Pen and Zemmour have, so far, found success pedalling.