A Global Health Phenomenon: The World’s First Malaria Vaccine Approved by the WHO 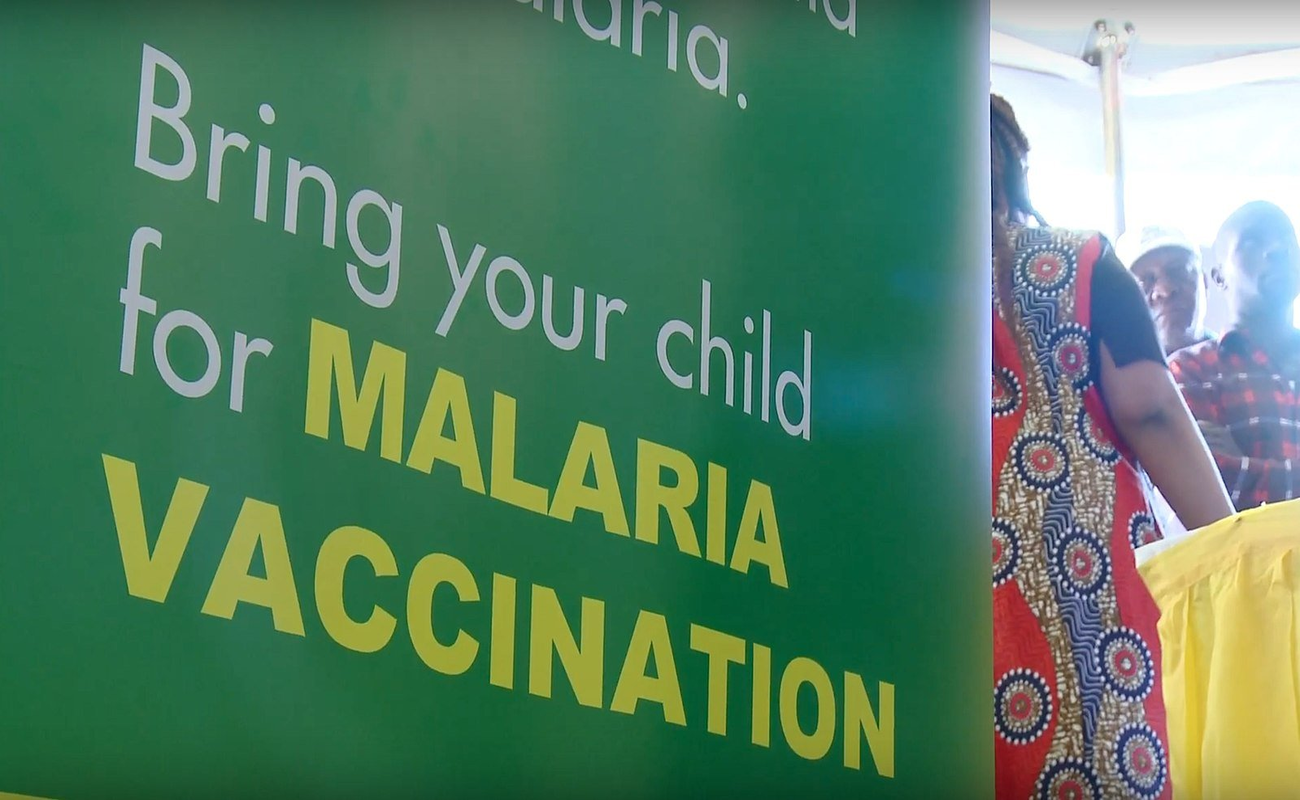 ON OCTOBER 6TH, 2021,the World Health Organization (WHO) announced the world’s first malaria vaccine, the first vaccine to fight against a parasitic disease. In their announcement, the WHO recommended starting to distribute the RTS,S malaria vaccine (also by the name of Mosquirix) to children in sub-Saharan Africa. Although the RTS,S vaccine, developed by GlaxoSmithKline, has fielded some criticism from global health experts, it marks a new chapter in the worldwide fight to eradicate malaria.

Malaria is a deadly parasitic disease caused by Plasmodium parasites. The parasite is spread to humans through the bites of infected female Anopheles mosquitoes. Once a human is bitten, the parasites travel inside the human’s blood to the liver, where they thrive and multiply. The parasites then travel through the body’s red blood cells and destroy them.

There are currently five identified parasite species that carry malaria, with P.falciparum being the most common and one of the deadliest types of malaria in the WHO African Region, accounting for 99.7% of malaria cases. Common mild symptoms from malaria include fever, headache, and chills, and symptoms usually begin ten to fifteen days after an infective bite. However, if an individual is not diagnosed in time, it can eventually lead to death.

Children under five and pregnant women are the two most vulnerable populations due to their weaker immune systems. Children with severe malaria symptoms develop anaemia, respiratory distress, and cerebral malaria. Pregnant women also have the risk of passing the parasite to their fetus, which contributes to low birth weights that eventually lead to a hundred thousand infant deaths each year.

Malaria has been one of the deadliest diseases in the world, with 200 million new cases reported each year and killing a child every two minutes. More specifically, malaria is currently found in 95 countries, and 90% of malaria cases and deaths happen in sub-Saharan Africa. It is currently the leading cause of morbidity and mortality in Africa. Although the burden of disease has decreased since 2000, progress in reducing the number of malaria cases and deaths have stagnated, and more concerningly, malaria cases have increased in some countries. Malaria not only impacts human health but it also impacts societal growth and development in many countries. This deadly disease perpetuates poverty by disproportionately affecting countries and communities that are unable to access or afford treatment and health care services.

Currently, there are two main ways to prevent the spread of malaria, both stemming from vector control. One way to prevent malaria is the use of insecticide-treated mosquito nets (ITN) where it provides a physical barrier and insecticides, which can be highly effective if used on a large scale. The other way is using indoor residual spraying (IRS) where it is sprayed inside a house up to twice a year to prevent mosquitoes from entering. Although both ITN and IRS have been proven effective, there has been a lack of coverage due to the lack of feasibility to sustain ITN replacements and more expensive alternatives to IRS.

Furthermore, in regard to medication, antimalarial drugs have been developed to prevent malaria mainly in travelers. The antimalarial drugs work after seven days by killing the parasites when they begin to develop in the liver and red blood cells. In terms of such vulnerable populations to malaria, it is recommended for pregnant women and children under five living in high-risk areas to take three doses of antimalarial drugs for them to reach the ideal efficacy level. Even with the current available resources to prevent the spread of malaria, the WHO and many countries continue to search for advanced and enhanced resources and services to combat this deadly disease.

After 30 years in the making, the WHO finally approved its very first malaria vaccine. The RTS,S vaccine or Mosquirix, manufactured by GlaxoSmithKline, contains four shots for children under the age of five and has shown 30% efficacy in preventing malaria in children. Additionally, GlaxoSmithKline’s ongoing pilot study in Ghana, Kenya, and Malawi has cut malaria cases by 40% and decreased hospitalizations by nearly one third. Although the RTS,S vaccine only shows moderate efficiency in preventing the disease in children, other studies have discovered that the vaccine can prevent around 23,000 children from dying due to malaria each year. Because of this long-awaited moment in global health, the WHO already distributed 2.3 million doses of the RTS,S vaccine in three African countries.

As of now, there is still no clarity in who is going to pay for the vaccine. Not only is it unclear who will pay for the distribution of the vaccine, but the feasibility of giving four shots to each child within their first two years of life creates complexity in administering the vaccine. At an estimated cost of $5 per shot, researchers calculated that the vaccine rollout in ten African countries with the highest incidence of malaria would cost $325 million each year. Furthermore, experts are dissatisfied with the 30 to 40% efficacy rate of the vaccine since researchers have already invested three decades in malaria vaccine research. Scientists and public health officials now have to determine how the vaccine ties with the other and less expensive malaria prevention resources and services with such high costs and the underwhelming efficacy rate of the RTS,S malaria vaccine.

Another concern is overall increased vaccine hesitancy in Africa. Based on a survey conducted by the Africa Centres for Disease Control and Prevention, 79% out of the 15,000 respondents would be willing to get the COVID-19 vaccine if it was deemed safe and effective. However, since vaccine misinformation is spreading via social media such as WhatsApp, it has created a barrier in increasing vaccine rates in general. Vaccine hesitancy not only comes from the spread of misinformation via social media but also from historical experimentations in Africa. Past exploitation and ethical violations in experimentation in Africa perpetuated the severity and vulnerability of Africans to contract certain diseases. Known test trials that violated such ethics are the HIV vaccine trials in South Africa and the Pfizer meningitis vaccine trial in the Kano State, which has caused huge backlash and hesitancy in modern western medicine interventions. With the rise of vaccine hesitancy in COVID-19, the WHO may also see vaccine hesitancy around the malaria vaccine in the near future.

Currently, GlaxoSmithKline donated around 10 million doses with its pilot program and is planning to deliver and sell 15 million doses annually at a price that is 5% more than the vaccine’s cost of production. GlaxoSmithKline also is preparing to transfer production over to India in the near future by partnering up with Bharat Biotech to ensure a sustainable supply of the vaccine and to utilize Bharat Biotech’s reputable experience in developing and producing vaccines on a global scale.